LASIK Eye Surgery vs IOLs Implant- which is more recommended ?

No surgery is risk-free its just that some are riskier than others, same as in Lasik vs IOL. LASIK surgery is done at the exterior part of the eye i.e. cornea. The IOL is a lens placed in the interior part of the eye. Both of them are different from each other fully but IOL has the risk factor. Cost is a major factor as IOL surgery costs more than the Lasik surgery. Many problems do occur when a surgery is performed inside the eye.

The choices for spec removal, usually named as refractive surgery, they are the safest and efficient to obtain clear vision. The choices can broadly be classified into two classes. They are LASIK- laser vision correction, including Advanced Surface Ablations and IOL (Intraocular Lenses) – phakic IOLs and CLE.

All refractive systems can obtain 20/20 vision without the requirement for glasses or contact lenses, harmlessly and efficiently. Refractive surgery completely satisfies the people eye state and optical needs. Picking the refractive surgery precisely is the initial step to get better vision without glasses. The surgery can be done in association with your eye surgeon. They do eye examination and then suggest the right one for you.

Before differentiating the Lasik surgery and IOL. Let’s have an overview of both the refractive surgeries.

LASIK stands for laser in-situ keratomileusis. It is a popular surgery used to correct vision in people who have problems of nearsighted, farsighted and astigmatism. The LASIK surgery helps in reshaping the cornea to allow light entering the eye to be correctly focused onto the retina for sharper vision.

LASIK surgery is pain-free and takes only around 15 minutes for both eyes surgery. The outcomes of surgery are corrected vision without eyeglasses or contact lenses. Vision normally proceed to improve and stabilize over a few days. 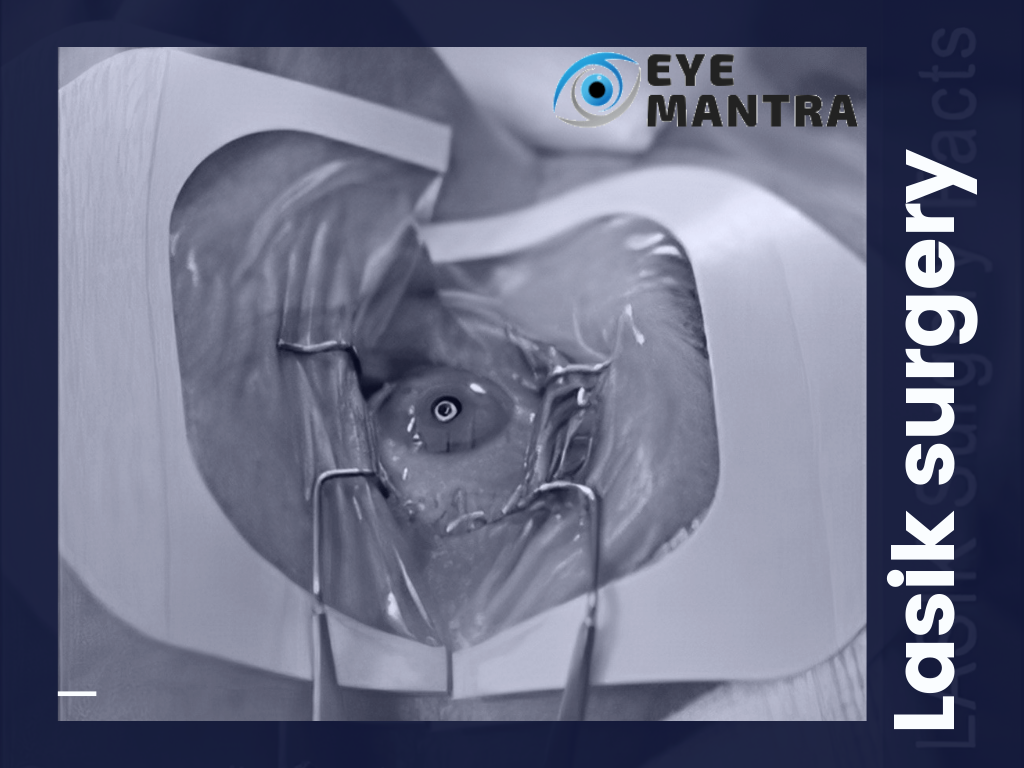 The IOL is Intraocular lenses that are medical devices implanted inside the eye to replace the natural lens of the eye when it is eliminated during cataract surgery. IOLs also are applied for a kind of vision correction surgery called refractive lens exchange. An intraocular lens implanted in the eye as a section of surgery to fix cataracts or myopia.
They are an artificial lens that is adjusted inside the eye. The lens can be placed in two ways:
The lens is placed between the iris and the natural crystalline lens called phakic IOL.
Either is placed in the space formed after eliminating the natural lens of the eye called clear lens extraction (CLE). From an overview, it’s clear that both of them are different one is surgery and other is a lens placed during cataract surgery.

The table easily shows a great difference in Lasik vs IOL in short tabular format. Noe further let’s discuss these points in detail.

The IOL is a much more invasive process than LASIK surgery, there are many major risks factors in IOL surgery over LASIK. The risk factors of IOL include infection, bleeding, and even retinal detachment.
Secondary minor risks after lens implantation involve the sensation of a foreign body in the eye, dryness and night vision difficulties such as glare and halos. With multifocal IOLs, many patients still need specific distance, medium reading glasses to clear their vision.
Also, recent researches contrasting night vision outcomes of LASIK vs IOL patients- the LASIK patients were satisfied, while premium IOL patients were usually dissatisfied with their night vision due to difficulties with glare and halos.

The following patients are counted suitable for LASIK- having a level of correction over 6 to 8 dioptres depending on corneal thickness, thin corneas, previous corneal scars or surgeries, corneal grafts, keratoconus etc.

ICL can improve very huge levels of myopia that is up to 20 dioptres with few limitations.

Cataracts are a complete contraindication for LASIK and IOLs while Refractive lens exchange is the process of option for patients with quick cataractous changes. RLE is named cataract surgery with IOL implantation when done in a patient with visually significant cataract.

The time need for both surgeries is the same. The minor difference LASIK on both eyes is done together, while some surgeons are in favour to do lens implants on different days. The Lasik laser treatment takes only 15 minutes as it’s done together. Whereas, in lens implants, it takes about 20-30 minutes per eye. Normally, the surgeries for both eyes are done about a week gap.

The time for vision recovery and follow up visit scheduled for both cases are almost the same.

Lens implants are usually more costly than LASIK. It is because the IOL procedure is more invasive and needs longer to perform. It is the extra cost of the lens implant which makes the procedure expensive. The Lasik is less expensive in comparison to IOLs and has introduced some new alternative of Lasik including femtosecond LASIK and Relex SMILE. For the medical purpose, you can easily take a personal loan or medical loan so that you can get the services of best eye hospital in Delhi.

That said, RLE normally is performed only if the patient is not a proper candidate for any other vision correction surgeries like LASIK. For patients with early cataract, RLE is the best option as lens implants. IOLs are the most suitable option for patients of steady keratoconus and patients post corneal surgeries.

After understanding the difference between Lasik vs IOL it’s clear that both are the surgeries which help in vision correction. As of patients are of different type and face different symptoms so its clear both of them are recommended. It all depends on a complete eye exam and health evaluation. Your eye surgeon will prescribe on the best type of surgery for you. Both of them have a difference but are best recommended for correcting the vision.

We have the best eye hospital in Delhi which gives Lasik surgery service and also ICL surgery for correcting the vision.

If you are feeling the strain, redness, blurred vision. Book an appointment with Eyemantra right now. Let the experts examine your eyes and look after which surgery is suitable for your eyes. Even you can ring us +91-8851044355 for booking appointments or email at eyemantra1@gmail.com.

We have the exclusive and advance equipment to treat the eyes. If you are facing another eye disease we do offer various services such as Retina Surgery, Cataract Surgery, Specs Removal.

Eyes are a sensitive part of the body, they need full care.

Are ICLs better than LASIK surgery?

Complete Guide to Preserve Your 6 by 6 Vision